In Some Other Life 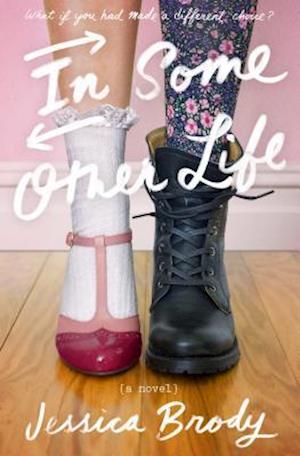 Three years ago, Kennedy Rhodes secretly made the most important decision of her life. She declined her acceptance to the prestigious Windsor Academy to attend the local public school with her longtime crush, who had finally asked her out. It seems it was the right choice--she and Austin are still together, and Kennedy is now the editor-in-chief of the school's award-winning newspaper. But then Kennedy's world is shattered one evening when she walks in on Austin kissing her best friend, and she wonders if maybe her life would have been better if she'd made the other choice. As fate would have it, she's about to find out . . .

The very next day, Kennedy falls and hits her head and mysteriously awakes as a student at the Windsor Academy. And not just any student: Kennedy is at the top of her class, she's popular, she has the coolest best friend around, and she's practically a shoo-in for Columbia University. But as she navigates her new world, she starts to wonder whether this alternate version of herself really is as happy as everyone seems to believe. Is it possible this Kennedy is harboring secrets and regrets of her own?

Jessica Brody's In Some Other Life will keep readers guessing and find them cheering for Kennedy until the final page.

A Week of Mondays

52 Reasons to Hate My Father

Praise for In Some Other Life

"With realistically flawed characters, plenty of humor, and much to say about the perils of wish fulfillment, Brody's novel will appeal to anyone longing for a second chance at success." --Publishers Weekly

"This amusing and accessible novel explores the unexpected consequences resulting from taking a different path in life. . . . This light-hearted novel will resonate with teens who are in the midst of making some critical choices about school and relationships." --VOYA

"Well written. Kennedy's friends in both realities are clearly characterized, and her family members, especially her physics-loving 11-year-old brother, steal the show. . . . A fun and light YA novel that will find a home in most collections serving teens." --School Library Journal

"The temptation to second-guess decisions is an instantly recognizable one, and Brody's execution of Kennedy's process is a thoughtful one. Readers will find themselves wondering 'What if?' right along with Kennedy." --Kirkus Reviews