In Search of Indian English 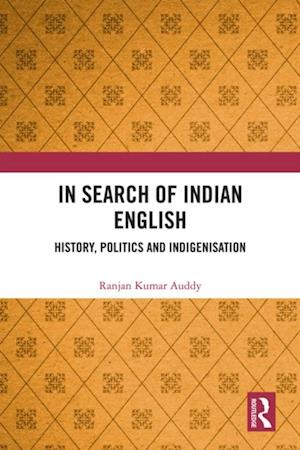 This book presents a historical account of the development of an acrolectal variety of the English language in colonial India. It highlights the phenomenon of Indianization of the English language and its significance in the articulation of the Indian identity in pre-Independence India.This volume also discusses the sociocultural milieu in which English became the first choice for writers and political leaders. Using examples primarily from the writings of Rammohan Roy, Bankimchandra, Krupabai Satthianadhan, and Gandhi and from the speeches of Vivekananda, Tagore, and Subhas Bose, this book argues that prose written in English in the nineteenth and the early twentieth century scripted a nationalist discourse through its appropriation of the colonizer's language. It also examines how these works, which absorbed elements of Indian culture and languages, paved the path for the emergence of Indian English as a distinct dialect of the English language. This book will be useful for teachers, scholars, and students of English literature, linguistics, and cultural studies. It will also be of use to general readers interested in the history of the English language and the history of modern India.