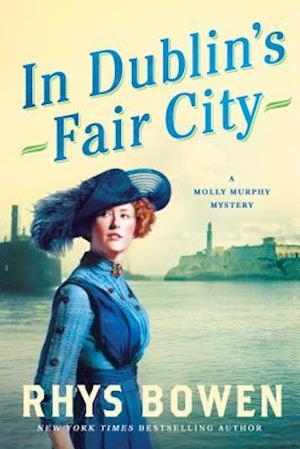 From the author of In Farleigh Field...

Molly Murphy, a plucky P.I. in 1903 New York, sails back to her native Ireland on a case searching for the sister of an Irish American impresario. The woman was too sick to travel and was left behind when the family took a famine ship to New York fifty years ago, and now the man wants to settle his fortune on her.

But before Molly's ship reaches Ireland, her maid is found murdered and a famous Irish actress goes missing. Molly is shocked to discover a cache of rifles in the actress's luggage, and even more shocked to come upon her own brother trying to collect the bags in Dublin. She discovers he's now mixed up in the freedom movement, in which Molly herself becomes unwillingly embroiled in. And someone else seems to be on the trail of the missing woman, too - someone who wants to make sure Molly never finds her....