In a Lonely Street 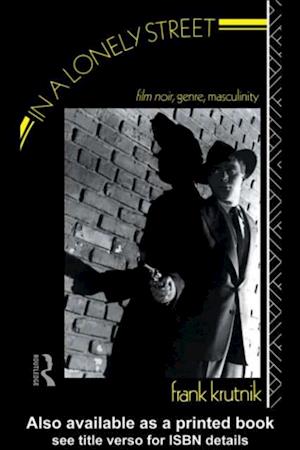 Taking issue with many orthodox views of Film Noir, Frank Krutnik argues for a reorientation of this compulsively engaging area of Hollywood cultural production. Krutnik recasts the films within a generic framework and draws on recent historical and theoretical research to examine both the diversity of film noir and its significance within American popular culture of the 1940s. He considers classical Hollywood cinema, debates on genre, and the history of the emergence of character in film noir, focusing on the hard-boiled' crime fiction of Dashiell Hammett, Raymond Chandler and James M. Cain as well as the popularisationof Freudian psychoanalysis; and the social and cultural upheavals of the 1940s.The core of this book however concerns the complex representationof masculinity in the noir tough' thriller, and where and how gender interlocks with questions of genre. Analysing in detail major thrillers like The Maltese Falcon, Double Indemnity, Out of the Past and The Killers , alongside lesser known but nonetheless crucial films as Stranger on the Third Floor, Pitfall and Dead Reckoning Krutnik has produced a provocative and highly readable study of one of Hollywood most perennially fascinating groups of films.