Imagined Communities in Greece and Turkey

- Trauma and the Population Exchanges under Ataturk 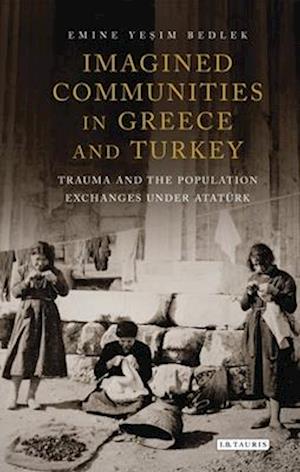 In 1923 the Turkish government, under its new leader Kemal Ataturk, signed a renegotiated Balkan Wars treaty with the major powers of the day and Greece. This treaty provided for the forced exchange of 1.3 million Christians from Anatolia to Greece, in return for 30,000 Greek Muslims. The mass migration that ensued was a humanitarian catastrophe - of the 1.3 million Christians relocated it is estimated only 150,000 were successfully integrated into the Greek state. Furthermore, because the treaty was ethnicity-blind, tens of thousands of Muslim Greeks (ethnically and linguistically) were forced into Turkey against their will. Both the Greek and Turkish leadership saw this exchange as crucial to the state-strengthening projects both powers were engaged in after the First World War. Here, Emine Bedlek approaches this enormous shift in national thinking through literary texts - addressing the themes of loss, identity, memory and trauma which both populations experienced. The result is a new understanding of the tensions between religious and ethnic identity in modern Turkey.