Imagination and Politics in Seventeenth-Century England 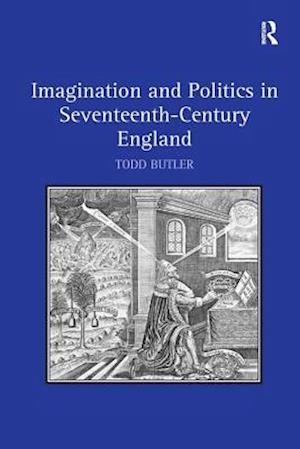 Todd Butler here proposes a new epistemology of early modern politics, one that sees-as did writers of the period-human thought as a precursor to political action. By focusing not on reason or the will but on the imagination, Butler uncovers a political culture in seventeenth-century England that is far more shifting and multi-polar than has been previously recognized. Pursuing the connection between individual thought and corporate political action, he also charts the existence of a discourse that grounds modern scholarly interests in the representational nature of early modern politics - its images, rituals and entertainment-within a language early moderns themselves used. Through analysis of a wide variety of seventeenth-century texts, including the writings of Francis Bacon and Thomas Hobbes, Caroline Court masques, and the poetry and prose of John Milton, he reveals a society deeply concerned with the fundamentally imaginative nature of politics. It is a strength of the study that Butler looks at unusual or slighted texts by these authors alongside their more canonical texts. The study also ranges widely across disciplines, engaging literature alongside both natural and political philosophy. By emphasizing the human mind rather than human institutions as the primary site of the period's political struggles, this study reframes critical understandings of seventeenth-century English politics and the texts that helped define them.