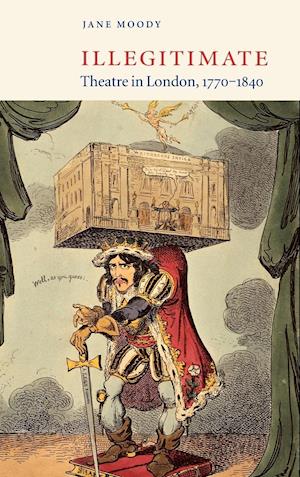 Towards the end of the eighteenth century, a major transformation took place in British dramatic culture. At the heart of that transformation was the controversial emergence of an illegitimate theatre, and a cultural struggle between London's patent playhouses (Drury Lane, Covent Garden and the Haymarket) and the new, so-called minor theatres. This was the first book to explore the institutions, genres, and performance history of this illegitimate theatre. Jane Moody's lively account considers the prohibition of tragedy and comedy at London's minor theatres and describes the various ingenious ways in which performers circumnavigated the law. Moody brings to light illicit productions of Shakespeare and the minor theatres' fascination with dramatic subjects censored on the legitimate stage. Illegitimate Theatre represents an important contribution to our understanding of nineteenth-century cultural politics and also offers a powerful critique of theatre's position in the literary history of Romanticism.