If I Was Your Girl 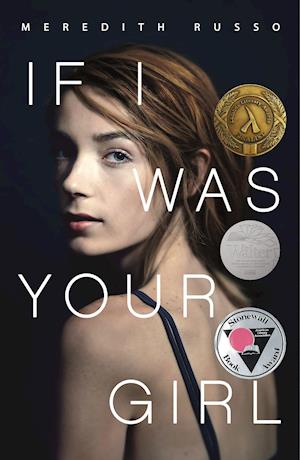 The award-winning, big-hearted novel about being seen for who you really are, and a love story you can't help but root for

Amanda Hardy is the new girl in school. Like anyone else, all she wants is to make friends and fit in. But Amanda is keeping a secret, and she's determined not to get too close to anyone.

But when she meets sweet, easygoing Grant, Amanda can't help but start to let him into her life. As they spend more time together, she realizes just how much she is losing by guarding her heart. She finds herself yearning to share with Grant everything about herself, including her past. But Amanda's terrified that once she tells him the truth, he won't be able to see past it.

Because the secret that Amanda's been keeping? It's that at her old school, she used to be Andrew. Will the truth cost Amanda her new life, and her new love?

Meredith Russo's If I Was Your Girl has been named:

iBooks YA Novel of the Year

A Publishers Weekly Best Book of the Year

A Kirkus Reviews Best Book of the Year

An Amazon Best Book of the Year

A Barnes & Noble Best YA Book of the Year

A Bustle Best YA Book of the Year

One of Flavorwire's 50 Books Every Modern Teenager Should Read