Ideology, Political Transitions and the City

- The Case of Mostar, Bosnia and Herzegovina 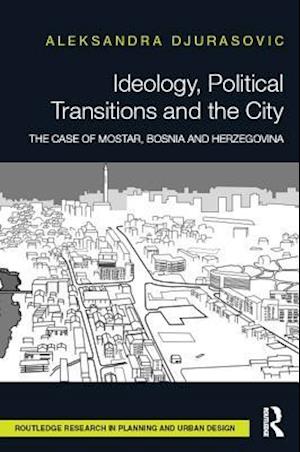 Recent history has seen Bosnian and Herzegovinian (BiH) cities undergoing several transitions. Their cities have developed under socialism (1945 - 1992), have suffered through the civil war during the 1990s, and during the last twenty years have been undergoing a slow and multifaceted transition to an indeterminate end point. Focusing on the post-socialist, postwar, and neoliberal transitions experienced in BiH, the book shows that planning systems deviated from control-oriented and top-down regulation to flexible approaches for more open for informal development. The book analyzes several levels of planning-related processes: the former Yugoslavia, BiH, the city of Mostar, and three urban zones (the Industrial Zone BiA A e Polje, the City Zone Rondo, and the Historic District and the Old Town Zone) in order to offer insights into the new planning systems in the late phase of post-socialist transition.