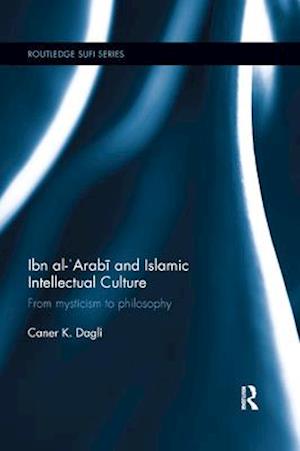 Ibn al-'Arabi (d. 1240) was one of the towering figures of Islamic intellectual history, and among Sufis still bears the title of al-shaykh al-akbar, or "the greatest master." Ibn al-'Arabi and Islamic Intellectual Culture traces the history of the concept of "oneness of being" (wahdat al-wujud) in the school of Ibn al- 'Arabi, in order to explore the relationship between mysticism and philosophy in Islamic intellectual life. It examines how the conceptual language used by early mystical writers became increasingly engaged over time with the broader Islamic intellectual culture, eventually becoming integrated with the latter's common philosophical and theological vocabulary. It focuses on four successive generations of thinkers (Sadr al-Din al-Qunawi, Mu'ayyad al-Din al-Jandi, 'Abd al-Razzaq al-Kashani, and Dawud al-Qaysari), and examines how these "philosopher-mystics" refined and developed the ideas of Ibn al-'Arabi. Through a close analysis of texts, the book clearly traces the crystallization of an influential school of thought in Islamic history and its place in the broader intellectual culture.Offering an exploration of the development of Sufi expression and thought, this book will be a valuable resource for students and scholars of Islamic thought, philosophy, and mysticism.