- Interceptions of Lockheed U-2 Reconnaissance Aircraft Over the USSR, Cuba and People's Republic of China, 1959-1968 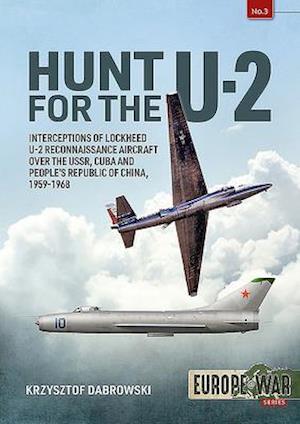 The Lockheed U-2 is probably the best known spy-aircraft ever, famous for the exploits of its pilots over or near hostile territories. Indeed, the bold and provocative operations flown by the CIA-operated Lockheed U-2 reconnaissance aircraft over the Union of Soviet Socialist Republics have epitomized the rivalry between the United States of America and the Soviet Union during the early to middle Cold War period. Much has been published about some of the overflights in question - especially the one on 1 May 1960, that ended with the downing of the US pilot Garry Powers. However, exactly how did the Soviets, and then the Chinese armed forces, react to such operations, and what kind of experiences did they go through while not only trying to detect and track, but also intercept and shoot down one of the high-flying spy-aircraft, is the part of this story that remains largely unknown. The Hunt for the U-2 aims to answer the related question through a cross-examination of documentation and participant accounts from all of the involved parties. Richly illustrated with 100 photographs and full colour, authentic colour profiles of the aircraft involved - whether those configured for the glamorous role of strategic reconnaissance or those designed to intercept and destroy them - and maps, and based on extensive cross-examination of documentation and participant accounts from all the involved parties, The Hunt for the U-2 is a succinct operational history of how the confrontations between that reconnaissance aircraft and those trying to catch it played out and, last but not least, what kind of impact these operations had in not so distant history.

Forfattere
Bibliotekernes beskrivelse 'The Hunt for the U-2' is a succinct operational history of the confrontations between that reconnaissance aircraft and those trying to catch it and the impact these operations had in not so distant history. Richly illustrated with photographs and full colour aircraft profiles. 90 images, 5 colour maps, 18 colour profiles