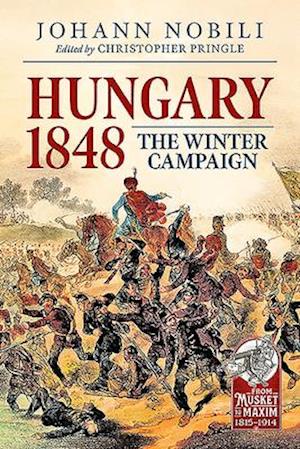 The Hungarian War of Independence was one of the largest European conflicts of the 19th century, lasting a year, encompassing a dozen major battles and many smaller actions and sieges, with half a million men under arms by its end. Yet it remains strangely obscure and overlooked by the Anglophone world, perhaps because of the inaccessibility of Hungarian-language sources for most English readers, combined with the limited number of German-language sources due to Austria's embarrassment about the whole episode.The first half of this war was the Winter Campaign of 1848-1849, in which invading Austrian armies drove deep into Hungary, only to be hurled back again almost to the Austrian border. The Austrian commander was sacked, and the Kaiser had to ask the Tsar for his aid in the Summer Campaign. 250,000 Russians helped the Austrians finally to defeat the Hungarian revolution.This book is a translation of the Austrian semi-official history of the Winter Campaign. It therefore provides a detailed and authoritative account of this neglected war, replete with fascinating episodes and invaluable factual data, in English for the first time ever. It includes extensive information about orders of battle, precious nuggets about uniforms and weaponry, actual despatches reproduced verbatim, and accounts of myriad actions from tiny skirmishes up to the major battles of Kapolna and Isaszeg. The translation of the original text is complemented by extensive scholarly annotation providing both critical analysis and additional data or contextual information. No other work in English approaches this level of detail.

Forfattere
Bibliotekernes beskrivelse Extensively annotated translation of the Austrian semi-official history of the first half of the Hungarian War of Independence 1848-1849. c 5 maps