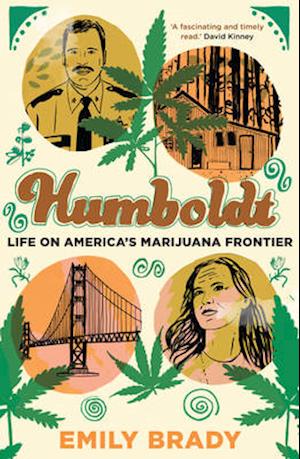 In the vein of Susan Orlean's The Orchid Thief, journalist Emily Brady journeys into a secretive subculture - built on marijuana. Outside the United States, the words 'Humboldt County' mean little. Inside the United States - the home of the war on drugs - those words can prompt a knowing grin. Humboldt is a narrative exploration of this insular community in northern California, which for nearly 40 years has existed primarily on the cultivation and sale of marijuana. Emily Brady spent a year living with the highly secretive residents of Humboldt County, and her cast of eccentric, intimately drawn characters take us into a fascinating alternate universe - a place where business is done with thick wads of cash, and savings are buried in the backyard. But as legalisation looms, the community stands at a crossroads, and its inhabitants are deeply divided. Humboldt tells the story of a small town that has become dependent on a forbidden plant, and of how everything is changing as marijuana goes mainstream.

Forfattere
Bibliotekernes beskrivelse Internet piracy: it's an eternal battle pitting indies versus corporations, free spirits against the money grubbing Scrooge McDucks of the world. Right? Sort of, sometimes - maybe not. Beyond that, it's a reminder of the truism that for every action there are consequences. This book deals with this topic.