How To Read Ancient Philosophy 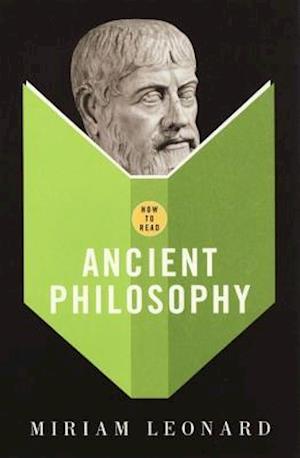 Thinkers such as Aristotle, Plato and Parmenides have shaped the way we see the world, and it is their original conception of philosophy which has placed topics such as logic, metaphysics, ethics and ontology at the heart of philosophical debates for centuries.Miriam Leonard not only explores the central theories of their works, but also gives some sense of the process of abstraction, which sees written texts transformed into timeless ideals. She looks at how simple phrases such as 'In what way?' or 'There is ...' are turned into the language of philosophy. Taking passages from Heraclitus, Parmenides, Lucretius and Cicero, as well as Plato and Aristotle, she investigates the breadth and diversity of Greek and Roman thought and provides an account of the influence of its texts on the later history of ideas.