Homer and His Critics 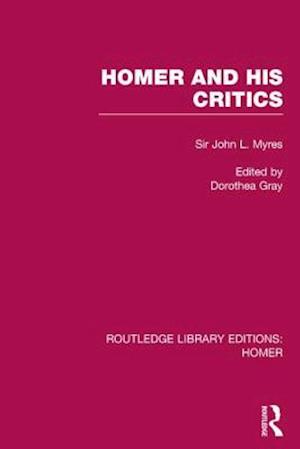 Here is presented a succinct and insightful account of the reception of the Iliad and Odyssey from antiquity to the mid-twentieth century. The overall result is less a systematic history than a series of independent studies differing in scale and focus, the chapter on Gladstone being the most comprehensive and detailed. First published in 1958.The author gives greatest attention to those who made active use of Homer rather than passive, even if admiring, readers: Virgil because he wrote the Aeneid, Gladstone because he brought him to prominence in Oxford education, Wood because he sought out the geography and Schliemann because he dug for the kings. The emphasis is thus placed less on the purely academic critic than on the traveller and the innovative amateur. A valuable contribution to a subject of perennial fascination, this will be of interest to all students and teachers of the classics.