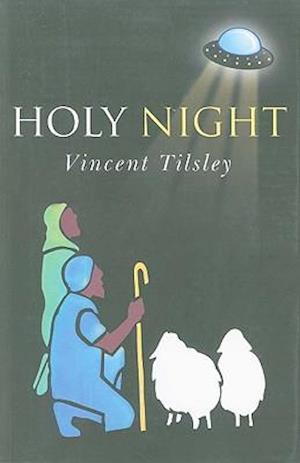 "Holy Night" is a blending of an old mystery with a new one, the ancient tale of God's nativity on Earth but within modern cosmology's discovery that our planet is just one tiny dot in a colossal universe that emerged billions of years before the Bethlehem event. The result is a science fiction drama which quickly widens into a cosmic power struggle. It begins in the 'Star' which hovers over Bethlehem and soon develops into a confrontation between a God and a Satan who look disconcertingly like each other. But the drama isn't always intense. The scene in which God manages to make Satan laugh for the first time in his existence, and then can't help joining in until they're both helpless, is one instance of a strand that threads its way all through the book, from cosmic to comic and back again.