Historical Dictionary of the Druzes

indgår i serie Historical Dictionaries of Peoples and Cultures 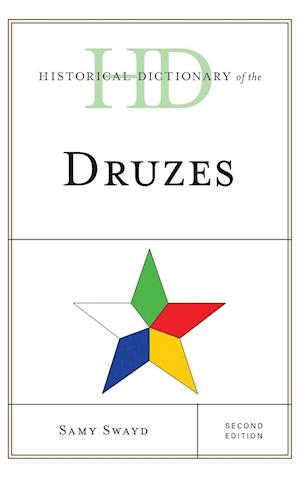 One of the most intriguing minority groups in the Middle East is now a thousand years old. It emerged in the city of Cairo, spread to what is today Lebanon, Syria, and Israel, and subsequently became known by outsiders as Druze (in Arabic, Durooz, meaning Druzes). Druzes have played a major role in the history of the Middle East and often been misunderstood by neighbors and outsiders because of their esoteric religious doctrine, the secretive nature that such a doctrine has instilled in them, and the variety of perspectives or divisions prevalent among members of the community.This second edition of Historical Dictionary of the Druzes covers their history through a chronology, an introductory essay, appendixes, and an extensive bibliography. The dictionary section has over 1000 cross-referenced entries on important personalities, politics, economy, foreign relations, religion, and culture. This book is an excellent access point for students, researchers, and anyone wanting to know more about the Druzes.