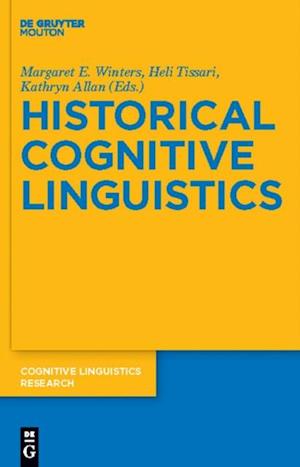 The volume explores the ways in which language change is studied within the framework of Cognitive Linguistics, a semantics-based theory of language production and perception. The eleven chapters explore two kinds of changes: firstly, those which involve mental prototypes or 'best instances' of particular concepts and extensions of these prototypes, and secondly, those which relate to conceptual networks, for example via metaphor or metonymy. More specifically, the papers address syntactic and lexical change, as well as the evolution of language and changes in the expression - usually metaphoric - of emotions. In presenting a wide range of current work of this kind, the volume demonstrates the value of cross-fertilization between historical and cognitive linguistics, and is intended to open the way for further related research. The included papers are of particular relevance to those working in metaphor theory and syntactic / semantic change within Cognitive Linguistics, but will also be of interest to other historical linguists and those studying cognitive semantics and metaphor from a synchronic viewpoint.