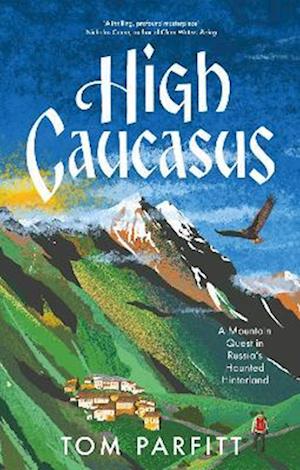 On the 1 September 2004, at the Beslan siege in Russia when Chechen terrorists took more than 1,000 people captive at celebrations held to mark the first day of the school year. Lasting three days, the siege reached a bloody climax when two bombs exploded inside the school and Russian troops stormed the building, sparking a fire in the gymnasium where the captives were held. In the chaos, 334 hostages, more than half of them children (the youngest two years old), died. Never a war correspondent, Tom was emotionally pulverised, and his solution was to turn back to his lifelong love of walking, to a nature cure of sorts. Having long loved the Caucasus, he also wanted to understand why the mountain peoples there, people like the Chechens, were so angry at Russia. That was how Tom came to walk 1,000 miles across the North Caucasus, starting in Sochi in the Black Sea and walking the mountain ranges to Derbent, the ancient fortress city on the Caspian. His route took him through the homelands of proud, little-known peoples - the Abkhazians, the Karachays, the Balkars, the Ingush, the few surviving Circassians - through bear-haunted forests, across high altitude pastures and over the shoulder of Elbrus, Europe's highest mountain. That meant crossing the political and tribal fault-lines of seven Russian republics: Adygea, Karachayevo-Cherkesiya, Kabardino-Balkariya, North Ossetia, Ingushetia, Chechnya and Dagestan.