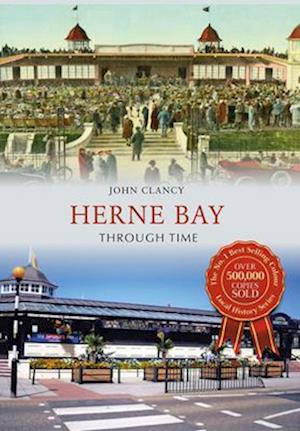 Herne Bay rose to prominence in the 1830s when a group of London investors recognised its potential and built a pleasure pier and promenade here, making it one of the UK's earliest seaside resorts. Its popularity increased when the railway reached this part of Kent and continued to do so throughout the Victorian era. However, like many other seaside resorts, its popularity as a holiday destination steadily declined after the Second World War when there was an increasing preference for overseas travel.Following extensive seafront regeneration in the 1990s, a jetty was built to create a small harbour for leisure boats and from where tourists could take boat trips to a seal-watching site in the Thames Estuary. The Victorian seafront gardens were fully restored, as was the Central Bandstand, after many years of neglect and closure to the public. Today, Herne Bay is slowly regaining its popularity as a holiday resort and is a firm favourite with daytrippers. Its glory days are slowly returning.

Forfattere
Bibliotekernes beskrivelse This fascinating selection of photographs traces some of the many ways in which Herne Bay has changed and developed over the last century. 180 Illustrations, unspecified