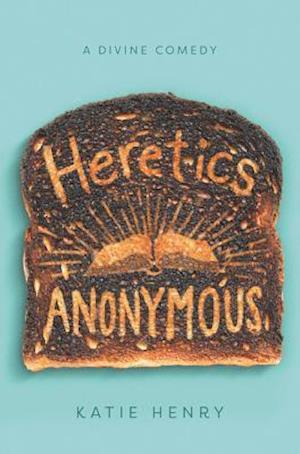 * Amazon Best Book of the Month August 2018 * New York Public Library Best Books 2018 * Put an atheist in a strict Catholic school? Expect comedy, chaos, and an Inquisition. The Breakfast Club meets Saved! in debut author Katie Henry's hilarious novel about a band of misfits who set out to challenge their school, one nun at a time. Perfect for fans of Becky Albertalli and Robyn Schneider. When Michael walks through the doors of Catholic school, things can't get much worse. His dad has just made the family move again, and Michael needs a friend. When a girl challenges their teacher in class, Michael thinks he might have found one, and a fellow atheist at that. Only this girl, Lucy, isn't just Catholic . . . she wants to be a priest.Lucy introduces Michael to other St. Clare's outcasts, and he officially joins Heretics Anonymous, where he can be an atheist, Lucy can be an outspoken feminist, Avi can be Jewish and gay, Max can wear whatever he wants, and Eden can practice paganism.Michael encourages the Heretics to go from secret society to rebels intent on exposing the school's hypocrisies one stunt at a time. But when Michael takes one mission too far-putting the other Heretics at risk-he must decide whether to fight for his own freedom or rely on faith, whatever that means, in God, his friends, or himself.

Forfattere
Bibliotekernes beskrivelse When nonbeliever Michael transfers to a Catholic school in eleventh grade, he quickly connects with a secret support group intent on exposing the school's hypocrisies one stunt at a time.