- The Life of the Warrior King & the Battle of Agincourt 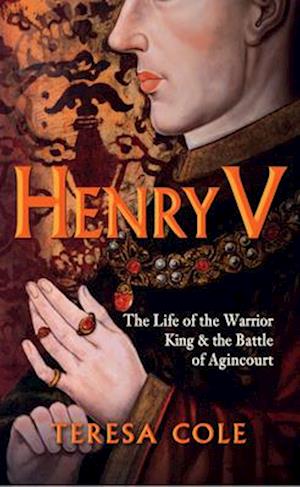 In the latter years of the fourteenth century a child was born, so unimportant that even his exact date of birth is unknown. Yet before his twenty-seventh birthday the turn of fortune's wheel had brought him the crown of England. The kingdom he inherited as Henry V was deeply divided after the seizure of the throne by his father, Henry IV, the first Lancastrian king. Within a short time, however, by sheer force of personality and will, Henry had mended the rifts, pardoned and released prisoners, and united the whole country behind his claim not just to be King of England, but also King of France.One staggering victory against all the odds on the field of Agincourt brought him lasting fame, and took him within touching distance of succeeding in his claim. Henry V looks at the life and legacy of a king whose heroic achievements and tragic early death may truly be said to have changed the course of British history.

Forfattere
Bibliotekernes beskrivelse The life of the warrior king and the Battle of Agincourt 1415 16 Plates, color