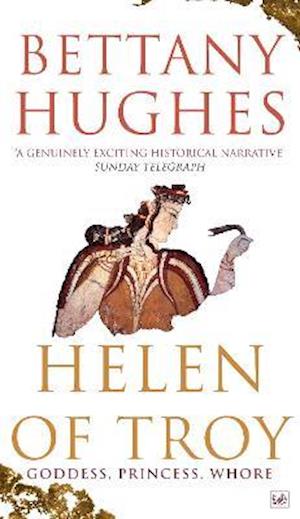 As soon as men began to write, they made Helen of Troy their subject; for nearly three thousand years she has been both the embodiment of absolute female beauty and a reminder of the terrible power that beauty can wield. Because of her double marriage to the Greek King Menelaus and the Trojan Prince Paris, Helen was held responsible for both the Trojan War and enduring enmity between East and West. For millennia she has been viewed as an exquisite agent of extermination. But who was she?Helen exists in many guises: a matriarch from the Age of Heroes who ruled over one of the most fertile areas of the Mycenaean world; Helen of Sparta, the focus of a cult which conflated Helen the heroine with a pre-Greek fertility goddess; the home-wrecker of the Iliad; the bitch-whore of Greek tragedy; the pin-up of Romantic artists.Focusing on the 'real' Helen - a flesh-and-blood aristocrat from the Greek Bronze Age - acclaimed historian Bettany Hughes reconstructs the context of life for this elusive pre-historic princess and places her alongside the heroes and heroines of myth and history. Through the eyes of a young Mycenaean woman, Hughes examines the physical, historical and cultural traces that Helen has left on locations in Greece, North Africa and Asia Minor. Vivid and compelling, this remarkable book brilliantly unpacks the facts and myths surrounding one of the most enigmatic and notorious figures of all time.