Harvest of Fear: A Story of Zimbabwe 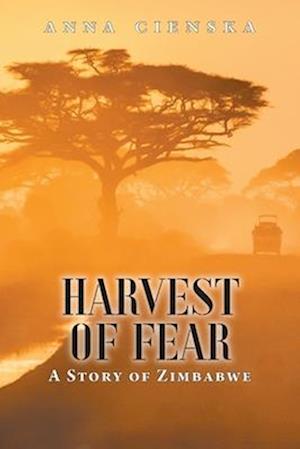 Harvest of Fear is a gripping historical novel that brings to life a family, a farm, and a racial war - in Africa.

Johan Steenkamp brings ardent, impetuous Marie home to his flourishing farm in Rhodesia. There is a leopard roaming the bush and, more disturbingly, political unrest among the African population. Johan soon discovers that his young wife has a shameful secret and, as well, the spirit to oppose his prejudiced opinions. Her fortitude, however, wins the admiration, and attraction, of his astute younger brother, Paul.

When Rhodesia declares independence from Britain in 1965, the brothers are caught up in the internationally condemned war in defence of their farm. With each stint in the Security Forces the family dynamics shift and intensify - to harshness - to infatuation. In panoramic, authentic descriptions of the African bush and farm life, Marie is left alone and overwhelmed as Shona farmworkers disappear to join the freedom fighters and women of both races face terror in the night.

In 1980, Margaret Thatcher's government negotiates independence - a free Zimbabwe. But how can a man and a woman hold on to hope and love after a heartbreaking loss? Tension mounts as the farm is threatened and Africans and whites struggle to survive in a country sinking under a corrupt dictatorship.