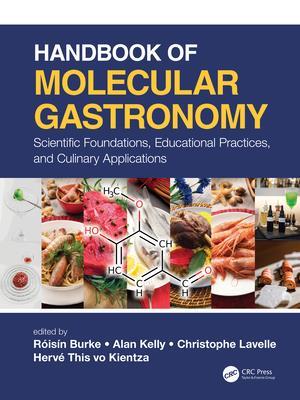 Handbook of Molecular Gastronomy: Scientific Foundations and Culinary Applications presents a unique overview of molecular gastronomy, the scientific discipline dedicated to the study of phenomena that occur during the preparation and consumption of dishes. It deals with the chemistry, biology, and physics of food preparation, along with the physiology of food consumption. As such, it represents the first attempt for a comprehensive reference in molecular gastronomy, along with a practical guide, through selected examples, to molecular cuisine and the more recent applications named note by note cuisine. While several books already exist for a general audience, either addressing food science in general in a "light" way, and/or dealing with modern cooking techniques and recipes, no book exists so far that encompasses the whole molecular gastronomy field, providing a strong interdisciplinary background in physics, biology and chemistry of food and food preparation, along with good discussions on creativity and the art of cooking.Features:Gives A-Z coverage to the underlying science (physics, chemistry, and biology) and technology, as well as all the key cooking issues (ingredients, tools, methods).Encompasses the science and practice of molecular gastronomy in the most accessible and up to date reference available.Contains a final section with unique recipes by famous chefs. The book is organized in three parts: the first and main part is about the scientific discipline of molecular and physical gastronomy; it is organized as an encyclopedia, with entries in alphabetical order, gathering the contributions of more than 100 authors, all leading scientists in food sciences, providing a broad overview of the most recent research in molecular gastronomy. The second part addresses educational applications of molecular gastronomy, from primary schools to universities; and the third part provides some innovative recipes by chefs from various parts of the world.The authors have made a particular pedagogical effort in proposing several educational levels, from elementary introduction to deep scientific formalism, in order to satisfy the broadest audience available (scientist and non-scientist). Such a new resource should be very useful to food scientists and chefs, as well as food and culinary science students and all lay people interested in gastronomy.