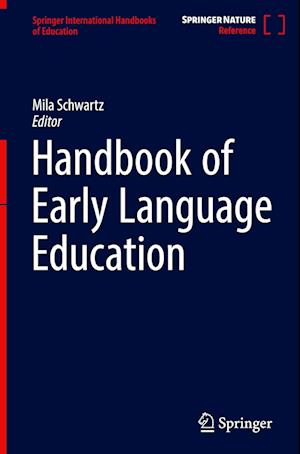 This is the first international and interdisciplinary handbook to offer a comprehensive and an in-depth overview of findings from contemporary research, theory, and practice in early childhood language education in various parts of the world and with different populations. The contributions by leading scholars and practitioners are structured to give a survey of the topic, highlight its importance, and provide a critical stance. The book covers preschool ages, and looks at children belonging to diverse ethno-linguistic groups and experiencing different histories and pathways of their socio-linguistic and socio-cultural development and early education. The languages under the scope of this handbook are identified by the contributors as immigrant languages, indigenous, endangered, heritage, regional, minority, majority, and marginalized, as well as foreign and second languages, all of which are discussed in relation to early language education as the key concept of the handbook. In this volume, "early language education" will refer to any kind of setting, both formal and informal (e.g. nursery, kindergarten, early childhood education centers, complementary early schooling etc.) in which language learning within a context of children's sociolinguistic diversity takes place before elementary school.