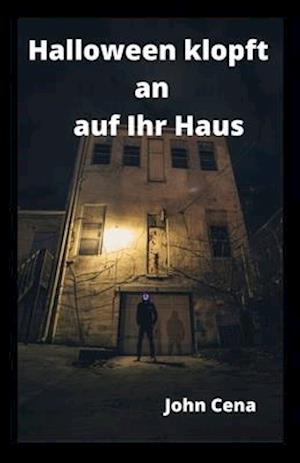 It is an autumn evening, exactly October 31st. A biting wind stirs the clouds, snatches the last leaves from the trees and whirls them on the ground, moist with

smells. The day ends, the night begins. It is twilight, when light and shadow merge, when it is impossible to determine where one ends and the other begins. Apparently

it is an autumn evening like any other. But in the most remote cities, towns and countryside, something is out of the ordinary.

First of all, the behavior of men and women returning from work. They seem relaxed, if not happy. They willingly linger at the bar or, on their way home, they know

that the next day they will interrupt the infernal working cycle. The following day is a holiday. One of those feasts that during the Ancien R?gime were nicknamed

"flared", that is religious, and that even the very secular French Republic has kept in its calendar, to the delight of all citizens, believers and non-believers.

It is the feast of All Saints. But for most people it's a sad day. We go to the cemetery with the family to bring chrysanthemums to the grave of loved ones. The ritual

gesture of commemoration of the dead is accompanied by a sort of sadness, often confirmed by the weather situation. In France, when it rains or when the sky is "low

and heavy", as Baudelaire wrote, evoking the hammer blows needed to mount a gallows, it is said that it is "an All Saints' time", even if it is now late spring.