- Readings on the Chinese Economy in the Era of Reform 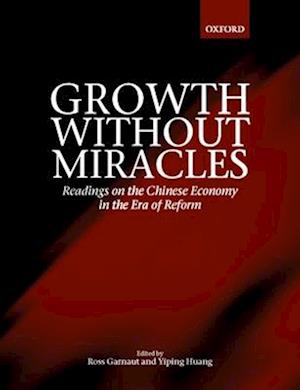 China's economic reform constitutes one of the most remarkable events of the second half of the twentieth century. It not only significantly improved the living conditions of the Chinese population but also provides a useful model of economic transition from central planning to a market economy. The gradual approach to reform adopted by the Chinese was widely regarded as suboptimal and likely to fail when compared to the shock therapy method applied in the formerSoviet Union and the Eastern European economies. But China has outperformed other transitional economies. To many observers the Chinese experience is either a myth or a miracle. This volume addresses key questions about the initial economic foundations, the reform of macroeconomic policies and macroeconomic stability, the achievements of agricultural reform and the agricultural policy choices facing the Chinese government, the unique characteristics of the township and village enterprises, the successful reform of the state-owned enterprises, the development of factor markets, the contributions ofthe external sectors to economic growth, the lessons of the Chinese experience for transitional economies, and the challenges for economic threory. Growth without Miracles brings together thirty widely cited articles by prominent economists in the field of China studies to offer authoritative and through assessment and analyses of Chinas experience during the reform period. It provides a complete story for teachers and students of courses on the Chinese economy and will be of considerable interest to researchers, officials, and business people who want to understand past experiences, current problems, and the future direction ofthe Chinese economy.

Forfattere
Bibliotekernes beskrivelse How did the Chinese economic reform succeed? What are the issues still to be addressed? And what are the lessons? This volume brings together 30 articles by prominent economists in the field of Chinese economic studies. It offers a thorough assessment and analyses of the Chinese experiences during the reform period. tables