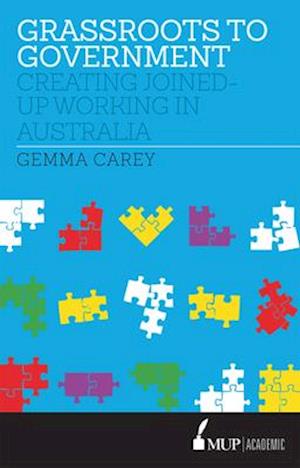 Joined-up government has captured the imaginations of public administrators for many decades. It offers great promise for tackling the complex, or 'wicked', policy problems that concern the governments of industrialised countries. Despite ongoing interest, there remains an absence of core methods and principles to make joined-up government work in practice. Increasingly, public policy scholars are calling for 'evidence-based' joined-up government. However, this evidence is currently in its infancy. In addition to an overview of current debates, Grassroots to Government comprehensively explains the state of evidence in joined-up government, accompanied by an in-depth case study of the experiences of a national joined-up initiative-the Australian Social Inclusion Agenda. In doing so, it offers both a breadth and depth of knowledge on joined-up government.Grassroots to Government is essential reading for anyone interested in designing, implementing and evaluating joined-up and whole-of-government initiatives, including: public service professionals, academics, community sector practitioners, and advanced level students in public policy, social policy and public administration.