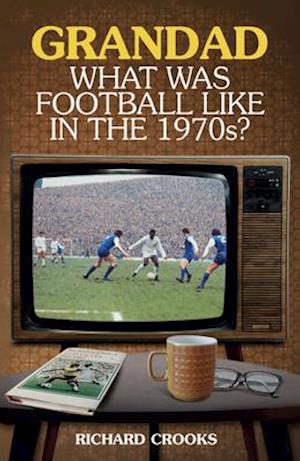 Grandson Charlie attending a Championship game at Hillsborough prompts Richard Crooks to transport himself back to the 1970s and recall what football was really like for supporters in the 1970s. Crooks provides an engaging and comprehensive narrative on all things football in that decade, and brings out the social context of the time. Reflecting on what it was like getting to a game, the grounds, the crowds, the clubs, the managers, players, referees, reporting the game, growing commercialism, the World Cups, and through to the spectre of the rise of hooliganism and racism. Using written and broadcast material of the time, as well as Crooks's own experiences, Grandad, What Was Football Like in the 1970s? provides a fascinating insight and description of a decade when things really started to change in football - and also sheds light on the oft-asked question 'Was football better then or in the modern era?'

Forfattere
Bibliotekernes beskrivelse Grandson Charlie attending a Championship game at Hillsborough prompts Richard Crooks to think about football and what it was really like in the 1970s. The game, and all that goes with it. In essence what following football was all about in the 1970s. Grandad, What Was Football Like in the 1970s? will rekindle those memories of a decade of change. Includes a colour plate section of photosq