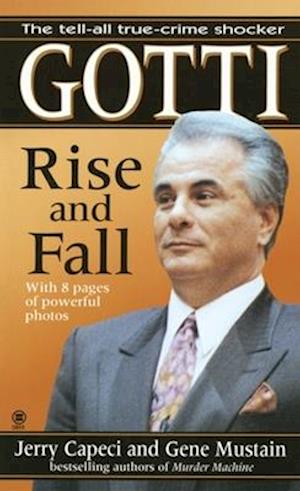 He was the most famous and infamous mobster since Al Capone: the handsome, expensively groomed Godfather who beat rap after rap to become a folk hero to the masses and a nightmare to the forces of law and order. He was also a vicious killer, a ruthless manipulator, a Machiavellian master of intrigue and double cross, and an ardent womanizer, whose rise to the head of America's most powerful crime family was marked by corpses, lies, and betrayals. By using FBI tapes and a host of sources on both sides of the law, star organized crime reporters Jerry Capeci and Gene Mustain tell the whole, true, uncensored story of John Gotti. With scores of fearfully fascinating characters, brutal vignettes of life and death inside the Cosa Nostra, tense courtroom dramas, and ominous answers to the question of how much power Gotti still wields, this is a great gangster story and the definitive account of John Gotti's rise and fall.