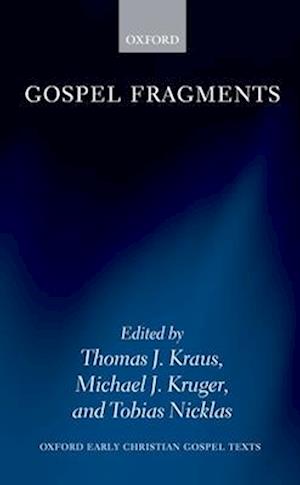 Black Odysseys explores creative works by artists of ultimately African descent, which respond to the Homeric Odyssey. Considering what the ancient Greek epic has signified for those struggling to emerge from the shadow of Western imperialism, and how it has inspired anti-colonial poets, novelists, playwrights, and directors, McConnell examines twentieth- and twenty-first century works from Africa and the African diaspora, including the Caribbeanand the United States. In seeking to discover why the Odyssey, as a founding text of the Western canon, has been of such interest to these artists, the great plurality of post-colonial and anti-colonial responses becomes clear: responses that differ dramatically from each other, even in the attitude adopted towardsOdysseus himself. Since Aime Cesaire's seminal 1939 poem, Cahier d'un retour au pays natal (Notebook of a Return to My Native Land), the Odyssey's homecoming trope and quest for identity have inspired writers who are simultaneously striving against and appropriating the very forms which had been used to oppress them. Following in the wake of Cesaire, this volume proceeds chronologically and considers works by Ralph Ellison, Derek Walcott, Jon Amiel, Wilson Harris,Njabulo Ndebele, and Jatinder Verma.Qualitative Research Methods in Human Geography is a practical, in-depth guide to understanding and conducting qualitative research in human geography. Reflecting both established and modern methods and written by some of the most authoritative voices in the discipline, the text teaches students how to plan, execute, interpret, and effectively communicate qualitative research. Organized into three parts, the fifth edition is a comprehensive, engagingresource for both students and new researchers in the field. The new edition brings on Meghan Cope as co-editor and has been revised to maintain its twenty-chapter length while also retaining its comprehensive but succinct coverage of the field. All revised chapters have been carefully updated with fresh referencesand a look at new issues and technologies in the field that have arisen in the past five years. Several chapters have been revised significantly by a new, invigorated group of authors, and features a wholly new addition on solicited journals and narrative maps. All seven of the new authors in this edition are women and/or scholars of colour, and there is rich topical diversity in their work, particularly an emphasis on social justice, Indigenous issues, and matters of race/racism.As the value and importance of the non-canonical Jesus tradition continues to be recognized, there is an ever-increasing need for scholarly introductions to this tradition. This co-edited edition comprises the Greek critical editions, with full translations, of several key gospel fragments including P.Egerton 2, P. Oxy. 840, and P.Oxy. 1224. These fragments, preserved despite the widespread destruction of non-canonical manuscripts, areinvaluable primary witnesses of ancient Christianity and the transmission of early Christian texts. Introductions to the fragments discuss dates, origins, interpretations, and the relationship of the texts to the canonical gospels. Detailed commentaries expand points of interest to facilitate further scholarly research on thesetexts in the future.

Forfattere
Bibliotekernes beskrivelse This book explores works from Africa and the African diaspora which respond to the Homeric Odyssey. As a founding text of the Western canon, and as a homecoming trope and quest for identity, the Odyssey has inspired writers who are simultaneously striving against and appropriating the very forms which had been used to oppress them.This co-edited scholarly edition provides Greek texts with English translations for several key gospel fragments including P.Egerton 2, P. Oxy. 840, and P. Oxy. 1224. 15 b&w plates