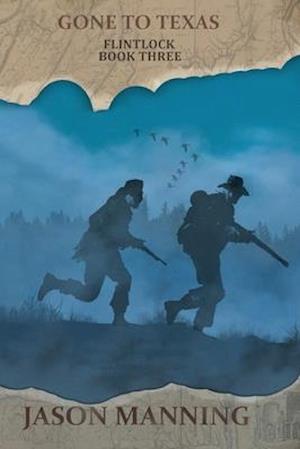 A FRONTIER HERO FIRES THE OPENING SALVO OF THE TEXAS REVOLUTION...

Drummed out of West Point, Christopher Groves goes home to Kentucky in disgrace, only to walk right into a feud with the murderous Vickers brothers. Now wanted by the law, Christopher heads for Texas, where American emigrants are chafing under the yoke of Mexican rule and are poised to fight for their independence.

Flintlock Jones is an old man now, but Christopher is kin and he won't let his grandson make the long and perilous trek alone. Together, the two men get more action that they'd bargained for, running afoul of kidnappers, river pirates and bounty hunters.

But that's nothing compared to the full-blown war that erupts between Texicans and their Mexican overlords, a war in which the legendary Flintlock Jones strikes one last blow for liberty.

THE FINAL EXCITING ENTRY IN THE ACCLAIMED TRILOGY THAT BRINGS THE COURAGE AND CONFLICT OF THE EARLY AMERICAN FRONTIER TO LIFE, WHICH BEGAN WITH FLINTLOCK AND THE BORDER CAPTAINS.