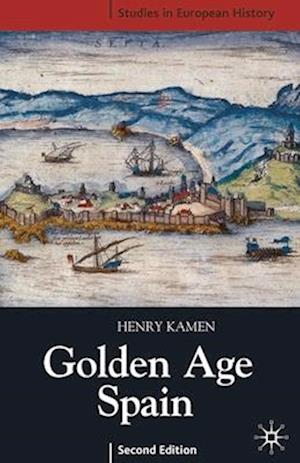 For over a century Spain controlled the greatest empire the world had ever seen, and its collapse provoked, both then as it does now, a range of analyses over which there has been little agreement. In the second edition of this successful text, Henry Kamen asks: was the Golden Age of Spain in the sixteenth century actually an illusion? By examining some of the key issues involved, Kamen offers a balanced discussion of this fundamental question.Golden Age Spain- offers a concise introduction to the major themes and debates - is now thoroughly revised and updated in the light of the latest research- contains new chapters which cover such topics as culture and religion- highlights key issues and questions at the start of each chapter- includes a helpful glossary and an expanded bibliography to aid further studyApproachable and easy-to-follow, this text is essential reading for anyone with an interest in one of the most fascinating periods of Spanish history.