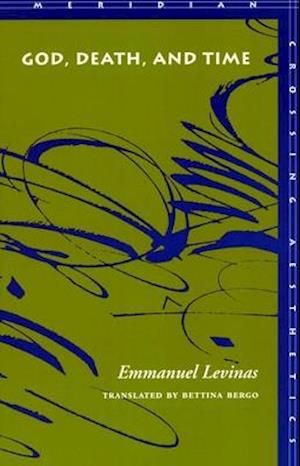 This book consists of transcripts from two lecture courses Levinas delivered in 1975-76, his last year at the Sorbonne. They cover some of the most pervasive themes of his thought and were written at a time when he had just published his most important-and difficult-book, Otherwise than Being, or Beyond Essence. Both courses pursue issues related to the question at the heart of Levinas's thought: ethical relation. The Foreword and Afterword place the lectures in the context of his work as a whole, rounding out this unique picture of Levinas the thinker and the teacher.The lectures are essential to a full understanding of Levinas for three reasons. First, he seeks to explain his thought to an audience of students, with a clarity and an intensity altogether different from his written work. Second, the themes of God, death, and time are not only crucial for Levinas, but they lead him to confront their treatment by the main philosphers of the great continental tradition. Thus his discussions of accounts of death by Heidegger, Hegel, and Bloch place Levinas's thought in a broader context. Third, the basic concepts Levinas employs are those of Otherwise than Being rather than the earlier Totality and Infinity: patience, obsession, substitution, witness, traumatism. There is a growing recognition that the ultimate standing of Levinas as a philosopher may well depend on his assessment of those terms. These lectures offer an excellent introduction to them that shows how they contribute to a wide range of traditional philosophical issues.

Forfattere
Bibliotekernes beskrivelse This book consists of transcripts from two lecture courses on ethical relation Levinas delivered at the Sorbonne. In seeking to explain his thought to students, he utilizes a clarity and an intensity altogether different from his other writings.