Gilded Age - A Tale of Today 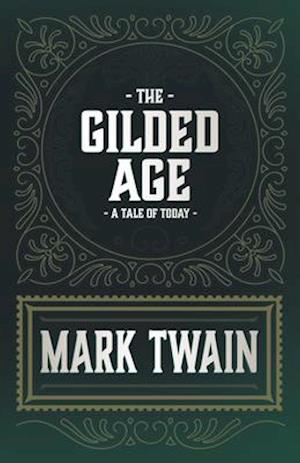 Originally published in 1873, 'The Gilded Age - A Tale of Today' is a collaboration between Charles Dudley Warner and Mark Twain. As gifted and popular writers of their time, this collaboration resulted in an insightful satire of the politics and society of the period following the Civil War. This is a fascinating novel and thoroughly recommended for anyone with an interest in American history. Samuel Langhorne Clemens (1835-1910), more commonly known under the pen name Mark Twain, was an American writer, lecturer, publisher and entrepreneur most famous for his novels 'The Adventures of Tom Sawyer' (1876) and 'The Adventures of Huckleberry Finn' (1884). Other notable works by this author include: 'The Prince and the Pauper' (1881), and 'Roughing It' (1872). Read & Co. Classics is proudly republishing this fantastic novel now in a new edition complete with a specially-commissioned biography of the author.