- Yeoman Politician of the New Republic 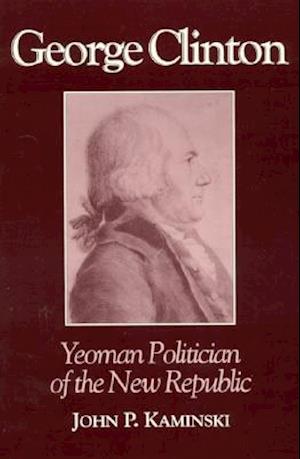 From an upstart Ulster County militia officer to "Pharaoh of New York" and vice president under both Jefferson and Madison, George Clinton cast a political shadow over the young republic for almost forty years. As outspoken supporter of the patriot cause, antifederalism, and later of Republican politics, he dominated the imbroglio of New York politics until his death in 1812. The first biography of this pivotal figure in over half a century, George Clinton analyzes the public career of this leader who, because of the destruction of his papers, has remained largely lost to history. In addition to exploring the complexities of Clinton's life, Kaminski clarifies the often arcane issues of Confederation politics. His mastery of detail, his broad knowledge of the period, and his sensitivity to the subtleties of politics on state and national levels enable him to redefine Clinton and his age. George Clinton describes how politics worked from county to Congress and how Clinton worked from behind the scenes to dominate New York. In a revelatory new interpretation, Kaminski describes how Clinton, the leading Antifederalist in the coutnry, allowed the New York State Convention to ratify the Constitution in pursuit of his ambition to become Washington's first vice president and ultimately, his successor. With this book Clinton is given his rightful place in American historiography alongside Patrick Henry, Alexander Hamilton, and Samuel Adams.