- The History of Deer Parks 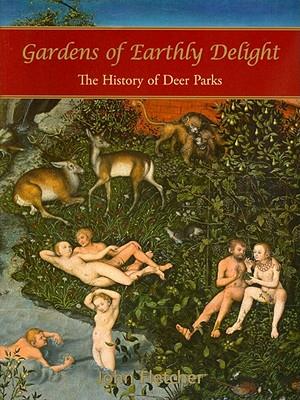 This is a highly original, profusely illustrated, and well researched account of deer parks. With humility and respect Fletcher touches on errors commonly made by archaeologists and historians, taking issue with long held theories while drawing on his lifetime working with deer to formulate plausible explanations as to, for example, why they were not domesticated until the 20th century, how parks evolved from haga and elricks , why deer parks were created throughout Eurasia, why fallow so rapidly ousted red deer from medieval British parks, and much more. He ranges from meat sharing amongst chimpanzees to the symbolism of venison as the elite product of hunting, ensconced within seven centuries of the English Royal Warrant, through the 300 year long prohibition on its sale within England and the continuing illegality of selling hunted venison within the USA, the aristocratic pursuit of park breaking, and the imposition of the Black Act. He stresses the cross-cultural importance of rulers being seen to hunt, compares ancient Chinese parks, the colossal Asian ring hunts, and the water hunts of Germany as expressions of man's urge to contain deer. Within Britain, which has for a thousand years held more deer parks than any other part of the world, he describes how deer were fed, transported, enclosed, captured, castrated and housed, and how they were hunted in the confines of parks. The recent theory as to the use of trenches for handling deer in medieval Scotland is explored. The international symbolism of white deer, collared deer and enclosed deer is discussed. Recently, parks provided deer for English carted hunts and Scottish sporting estates; now we recognise their ecological and recreational value. We learn how parklands may be our spiritual home - the environment in which we are most content - and that parks have always been, in a fashion, designed landscapes.