- The Making of Nathuram Godse and His Idea of India 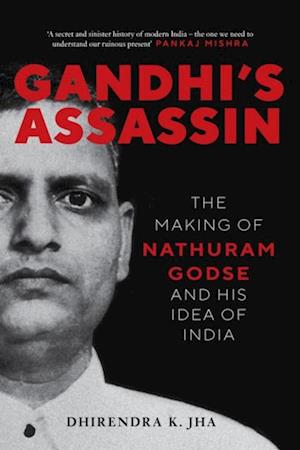 Dhirendra Jha's deeply researched history places Nathuram Godse's life as the juncture of the dangerous fault lines in contemporary India: the quest for independence and the rise of Hindu nationalism.On a wintry Delhi evening on 30 January 1948, Nathuram Godse shot Gandhi at point-blank range, forever silencing the man who had delivered independence to his nation. Godse's journey to this moment of international notoriety from small towns in western India is, by turns, both riveting and wrenching. Drawing from previously unpublished archival material, Jha challenges the standard account of Gandhi's assassination, and offers a stunning view on the making of independent India.Born to Brahmin parents, Godse started off as a child mystic. However, success eluded him. The caste system placed him at the top of society but the turbulent times meant that he soon became a disaffected youth, desperately seeking a position in the infant nation. In such confusing times, Godse was one of hundreds, and later thousands, of young Indian men to be steered into the sheltering fold of early Hindutva, Indian nationalism. His association with early formations of the RSS and far-right thinkers such as Sarvakar proves that he was not working alone. Today he is considered to be a patriotic hero by many for his act of bravery, despite being found guilty in court and executed in 1949.