- Contesting the Boundaries of a New Religion 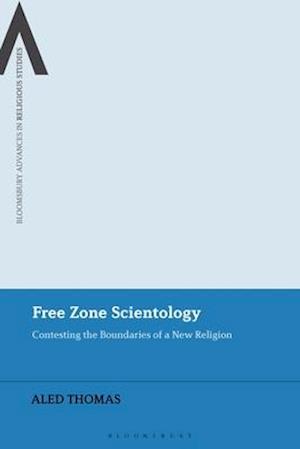 In this novel academic study, Aled Thomas analyses modern issues surrounding boundaries and fluidity in contemporary Scientology. By using the Scientologist practice of 'auditing' as a case study, this book explores the ways in which new types of 'Scientologies' can emerge. The notion of Free Zone Scientology is characterised by its horizontal structure, in contrast to the vertical-hierarchy of the institutional Church of Scientology. With this in mind, Thomas explores the Free Zone as an example of a developing and fluid religion, directly addressing questions concerning authority, leadership and material objects.This book, by maintaining a double-focus on the top-down hierarchy of the Church of Scientology and the horizontal-fluid nature of the Free Zone, breaks away from previous research on new religions, with have tended to focus either on new religions as indices of broad social processes, such as secularization or globalization, or as exemplars of exotic processes, such as charismatic authority and brainwashing. Instead, Thomas adopts auditing as a method of providing an in-depth case study of a new religion in transition and transformation in the 21st century. This opens the study of contemporary and new religions to a series of new questions around hybrid religions (sacred and secular), and acts as a framework for the study of similar movements formed in recent decades.