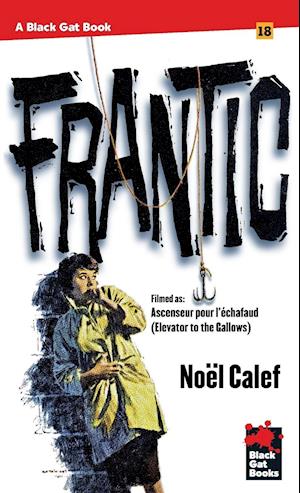 Julien Courtois finds himself in a bit of financial bind. And the only way out is murder. He’s even got the perfect plan. While his secretary believes him to be in his office, he climbs up a rope to an upper floor and stages his victim’s “suicide.” It all works according to plan. But on his way out of the building, he remembers that the rope is still dangling out of the window, leading right down to his office! Rushing back into the building, Julien manages to get stuck in the elevator when the janitor turns off the power for the weekend.

At the same time, a young couple steal Julien’s car from in front of the building, and his wife, thinking she’s watching Julien drive off with another woman, assumes the worst. And so begins a torturous set of circumstances. While Julien remains trapped in the elevator, his life gradually becomes unraveled by a vindictive wife and a couple of teenagers playing at being gangsters.

Filmed in 1961 by Louis Malle as Elevator to the Gallows, this classic French novel is a masterpiece of noir tension.