Franklin: The Autobiography and Other Writings on Politics, Economics, and Virtue 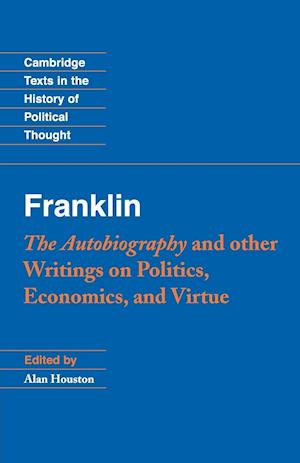 Benjamin Franklin is one of the best known and most widely admired figures in American history. His wit and charm make him endearing; his practical intelligence and commitment to middle-class virtues like thrift and industry make him admirable. Indeed to many he is 'the first American'. Ironically, this identification of Franklin with American popular culture diminishes the breadth and depth of his contributions to modern political thought. The present volume provides the textual foundation for a fuller understanding of Franklin's thought, and represents a major addition to the Cambridge Texts series. Readers interested in the Autobiography will find a new and complete edition based on the original manuscript. Those interested in the full range of Franklin's political ideas will find a selection of his most important letters, essays and pamphlets. Alan Houston's lucid introduction brings life to these texts and sets them in their proper historical context.