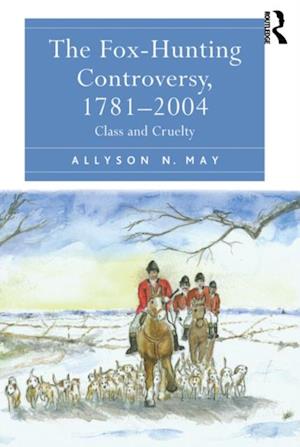 August 1781 saw the publication of a manual on fox hunting that would become a classic of its genre. Hugely popular in its own day, Peter Beckford's Thoughts on Hunting is often cited as marking the birth of modern hunting and continues to be quoted from affectionately today by the hunting fraternity. Less stressed is the fact that its subject was immediately controversial, and that a hostile review which appeared on the heels of the manual's publication raised two criticisms of fox hunting that would be repeated over the next two centuries: fox hunting was a cruel sport and a feudal, anachronistic one at that. This study explores the attacks made on fox hunting from 1781 to the legal ban achieved in 2004, as well as assessing the reasons for its continued appeal and post-ban survival. Chapters cover debates in the areas of: class and hunting; concerns over cruelty and animal welfare; party politics; the hunt in literature; and nostalgia. By adopting a thematic approach, the author is able to draw out the wider social and cultural implications of the debates, and to explore what they tell us about national identity, social mores and social relations in modern Britain.