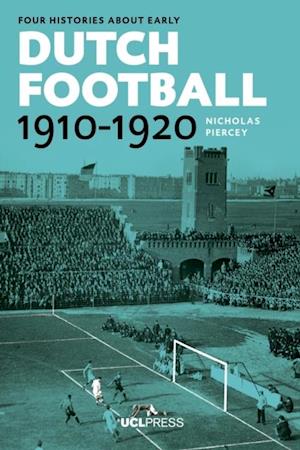 What is the purpose of history today, and how can sporting research help us understand the world around us? In this stimulating book, Nicholas Piercey constructs four new histories of early Dutch football, exploring urban change, club members, the media, and the diaries of Cornelis Johannes Karel van Aalst, a stadium director, to propose practical examples of how history can become an important democratic tool for the 21st century.Using early Dutch football as a field for experimental thinking about the past, the four histories offer new insights into the lives, interests and passions of those connected to the sport in the 1910s and the cities they lived in. How did the First World War impact on Dutch football? Were new stadia a form of social control? Is the spread of the beautiful game really a good thing? And why was one of the sport's most prominent figures more concerned with potatoes? These stories of early Dutch football suggest how vital sport and history can be in shaping our lives, perceptions and actions, and why we need to challenge the influence they have today.This book also includes a downloadable appendix. Download it here(.xlsx).Praise for Four Histories about Early Dutch Football, 1910-1920'Academic historians of sport will relate to many of the problems Piercey has faced when putting together his histories, and the book is accordingly useful for thinking about what alternative futures of the study and writing of history might be. It also effectively uses sport to provide snapshots of urban Dutch society at a crucial juncture of 20th-century history.'- Reviews in History'... this book by Piercey is a useful contribution to sports history research in the Netherlands. He is the first historian to look at an original professional approach to football in the 1910-1920, demonstrating that good research is possible with archives from the sports world. The material can also inform other professional historians and non-sports enthusiasts. '- BMGN/ Low Countries Historical Review (translated from Dutch) '...an enjoyable read because of the new perspectives on Dutch football history it offers, but even more so for showing how self-reflection, if done right, leads to histories that are innovative, challenging and empathic.'Journal of Sport History'a valuable contribution to more traditional approaches to sports history, as it emphasizes the constructed character of history writing and the defining position of the historian as a historical actor. By using Foucauldian theories, Piercey provides useful insights into the way football-and sport-was connected to wider social and educational initiatives'International Journal of the History of Sport'Piercey's work is a brave attempt to write four different histories about early Dutch football in four completely different postmodern ways. He amasses a large amount of relevant data and shows command over the postmodern approach to history-writing throughout this book. In particular, his examination of discourses in writing sports history, his nuanced stance vis-a-vis historical findings and conclusions, and his experiment with using semi-fictional narratives to conduct historic (football) research are admirable'Soccer & Society