- The Globalization of Conjunto 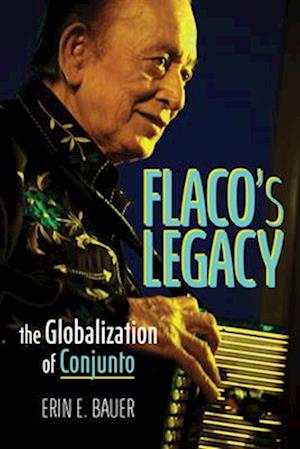 A combination of button accordion and bajo sexto, conjunto originated in the Texas-Mexico borderlands as a popular dance music and became a powerful form of regional identity. Today, listeners and musicians around the world have embraced the genre and the work of conjunto masters like Flaco Jimenez and Mingo Saldivar. Erin E. Bauer follows conjunto from its local origins through three processes of globalization--migration via media, hybridization, and appropriation--that boosted the music's reach. As Bauer shows, conjunto's encounter with globalizing forces raises fundamental questions. What is conjunto stylistically and socioculturally? Does context change how we categorize it? Do we consider the music to be conjunto based on its musical characteristics or due to its performance by Jimenez and other regional players? How do similar local genres like Tejano and norteno relate to ideas of categorization? A rare look at a fascinating musical phenomenon, Flaco's Legacy reveals how conjunto came to encompass new people, places, and styles.