Fire and the Falcon 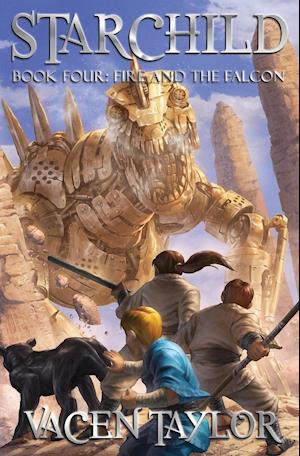 With a treacherous ice journey behind them and Long’s health restored by the Healing Stone, Mai, Akra, Long, and Kalin must now find the falcon guard called Tupuck in the firerulers’ city of Calor. It’s not long before they discover a ruthless governor rules the city. The children find themselves guilty by association with Ignis’s brother Impelo, and they are all arrested.

Plans are forged to rescue them, but during their escape Long is lost to Mai again. Mai, Akra, and Kalin become soldiers in the rebellion and assist in a plan to free Ignis’s daughter and Long from the clutches of the cruel governor.

All the while the dark force of Piceptus continues to gather strength. As the children fight in the rebellion, Piceptus increases his position and readies himself to receive an even greater army.

Will the information the falcon guard holds help to bring the children closer to fulfilling the prophecy and stop Piceptus from conquering all of the nations?