Film, Drama and the Break Up of Britain 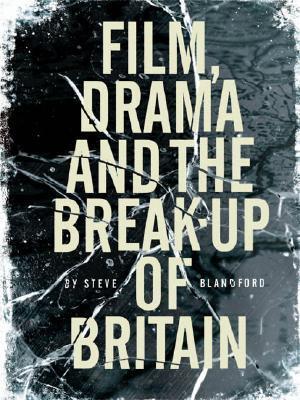 When the sun set on the British Empire, the resultant fragmentation of British identity emerged most tellingly in artistic works: cinematic works such as "Howards End" depicted a richly historical land steeped in tradition and tragedy, while the more modern "Lock, Stock and Two Smoking Barrels" revealed a brutal yet sharply humorous portrayal of contemporary English life. That relationship between nationalism, national identity, and postcolonialism remains central to many British dramatists works, and in "Film, Drama and the Break Up of Britain," Steve Blandford explores how the break up of Britain has influenced contemporary British drama. Breaking down the scholarly barriers between theater and film studies, Blandford examines British directors interpretations of their nation s postcolonial age, tracing the various ways that auteurs have created dramatic narratives that explore the idea of being British and all its inherent complexity. From community-based theaters in Scotland and Wales to the blockbuster "The Full Monty," Blandford probes the cultural impact of Britain s struggle to form a new identity, making his book an essential read for all those interested in postcolonial studies and the history of British film. The perfect primer for anyone looking to obtain an overview of what has been happening within British culture over the past decade. [Blandford] has an accessible style, his analysis is sharp, his arguments clear and persuasive, and by virtue of the breadth of his focus, this study is certain to remain a valuable resource as notions of cultural identity across the British Isles continue to provoke debate. Owen Evans, "Media Wales Journal" The author examines how recent theatre and cinema have reflected and critiqued emerging ways of imagining Britishness. Blandford is a lucid writer whose chapter on Irish film is a deft round-up of existing critical opinions on the topic. Ruth Barton, "Film Ireland""""