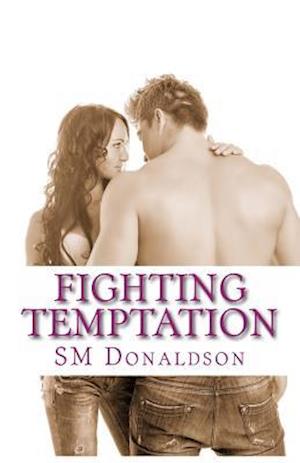 Daria Jones has been trying for almost seven years to get over her past. After starting college, finding an awesome group of friends and falling in love she thinks she has accomplished just that. When she's drug back to face her past and the dangers that it entails, she comes to the realization that she can never have the normal life that others do. That the love of her life and her friends are better off without her. Cade Johnson has been called many things in his life. Football God. Man-whore. For the most part he had been a player on and off the field for years. Part of his past made him afraid that he could never truly commit to one person. Then he meets his best friend Gabby's roommate. He loves the feisty no holds barred person that is Daria Jones. After a couple of great years together he figures out Daria has some secrets. Secrets are a deal breaker for him. Since she won't share her past he calls it quits. That is when they are both attacked. Waking up to a life without Daria isn't what Cade ever wanted to envision for himself. He has turned into a bitter lonely man. He has come to the conclusion that he'll never have that kinda love again. Just then Daria shows back up in his life. Can they keeping fighting the temptation of their love and attraction? Can he convince Daria that she deserves love like everyone else? This is the Third and Final Chapter in the Amazon Top New Adult 100 Temptation Series.