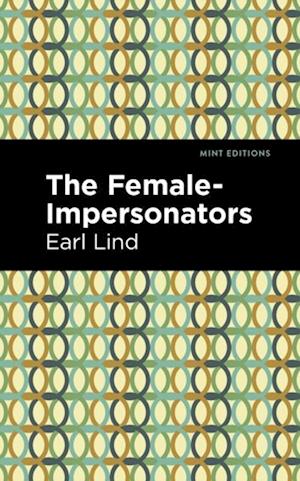 The Female-Impersonators (1922) is an autobiography by Earl Lind. Accompanied by an introduction by Dr. Alfred W. Herzog, Lind's autobiographyintended for a clinical audiencehas been recognized as a pioneering work in the history of transgender literature. Throughout his life, Lind was forced to justify and defend his existence from puritanical authorities who refused to even recognize the reality of his identity as an androgyne. In this third installment of his autobiographical trilogy, he focuses on the community of androgynes or ';female-impersonators' he joined when he moved from Connecticut to New York City.';I was predestined to an unusual role in the great drama we call ';life.' I was brought into the world as one of the rare humans who possess a strong claim, on anatomic grounds as well as psychic, to membership in both the recognized sexes. I was foreordained to live part of my life as man and part as woman.'Situating his own identity within the history of transgender oppression, Lind makes the case for recognizing the presence of androgynes in all human societies. Ever since he was a child, Lind identified as feminine and was keenly aware of his homosexual desires, gaining a reputation among the local boys and soon turning to girls for friendship and understanding. In a world that saw androgynes as both corrupt and willfully different, Lind sought to increase understanding and to explain through scientific, historical, and personal evidence why his identity was congenital, and therefore natural. In this final installment of his trilogy of autobiographical works, Lind focuses on the community of androgynes he joined at New York's Columbia Hall, a well-known brothel and gay bar on the Bowery.With a beautifully designed cover and professionally typeset manuscript, this edition of Earl Lind's The Female-Impersonators is a classic work of transgender literature reimagined for modern readers.