Feet of The Goddess: The Gift 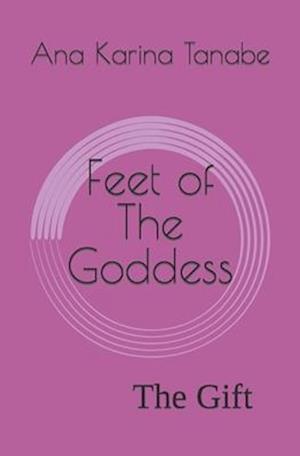 THIS BOOKis a story of a girl who happens to be one of those chosen hybrid gods and goddesses who were given help by the warriors, followers, and successors of Mother God, the Earth's protector. And she mentored by the escort and keeper of the lost souls and even the black shadow. She doesn't have the idea that she will help save our Planet, for she's just a mere kid. Kids at her age should enjoy their childhood and discover their youth's essence. Yet, Anna becames aware of what's happening, and she finds the reality of today's modern world. She accepted that her life would never be as every day as other kids' lives. Anna embraced that this is her destiny. She destines to fight for the Planet's safety and gives importance to the only human life resource, conquering her fears by accepting her gift. Anna's fate and is undergoing series of training given to her without her knowledge. She's not expecting that she can transcend beyond the living and the dead. As a human being, her wisdom is not that rich, which is why she's being taught and informed; thus, she should spread the news that humanity slowly destroys the Earth. Humanmade catastrophes have been occurring. People from different nations are fighting against one another. They're doing their hideous dominance to have the power and money they have always wanted. They create dangerous chemicals that are toxic and polluting the air, the water, and the land. They tended to do whatever they sought to for their benefit. They become greedy, selfish, and monstrous. She's giving the Prophecy from gods and goddesses on Earth about our Planet's future if the people's ways won't change; problems have been occurring. The surroundings start deteriorating. And if they fail, we will all vanish. Earthians conclude, and we'll be going to nothing from where we started. This book contains facts, and some of the events in this book happened, and any resemblance to other stories and people living or dead is purely coincidental. This book is non-fiction based on the author's facts search and experiences.